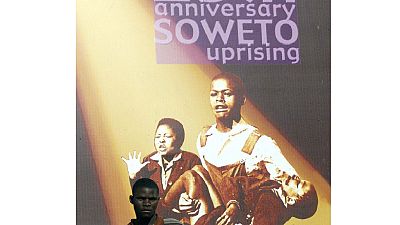 On June 16, South Africans will mark the 40th year of the infamous Soweto student uprising.

This year, the country’s president Jacob Zuma has appointed a 15-member Inter-Ministerial Committee to prepare for the commemoration.

The 1976 uprising is noted as having a significant impact on the liberation struggle and attainment of freedom and democracy for Africa’s most industrial nation.

What June 16 did was to ignite the tinderbox. All we did was to light the fuse that made South Africa to explode

Dan Montsitsi was a leading figure in the movement that led to the uprising.

‘‘The violence that came in 1976 was not the violence that was caused by the students, it was the violence of the apartheid police who shot at us, mostly at the back when we were running away. The response obviously was a rain of stones to protect ourselves. And we began to attack with stones and they started to shoot,’‘ Montsitsi said.

The Soweto uprising came a decade after a relative calm with an oppressive apartheid regime.

Don't forget to share your memories with us. #76at40 #40yearslater #SowetoUprising pic.twitter.com/hjqM3TUmVv

‘‘What June 16 did was to ignite the tinderbox. All we did was to light the fuse that made South Africa to explode,’‘ he added.

The 1976 uprisings triggered by protests tragically ended with hundreds of young people killed by the apartheid government. They were revolting against the imposition of Afrikaans as a medium of instruction by the regime.

On Saturday a march held at the Orlando Stadium in Soweto is intended to bring together black former students and white former soldiers.