Nigeria, DRC among countries with 'highest enslaved people in the world' 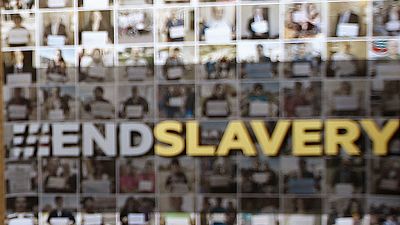 These are findings of the Global Slavery Index 2016 Report published on Tuesday by the Walk Free Foundation, an NGO focused on ending modern slavery in the world.

According to the report, “modern slavery refers to situations of exploitation that a person cannot refuse or leave because of threats, violence, coercion, abuse of power or deception, with treatment akin to a farm animal”. It added that slavery in sub-Saharan Africa takes the form of forced labour and forced marriage.

Early marriage remained a significant problem in the region with UNICEF predicting that half of the world's child brides in 2050 will be African.

The 2016 Index ranked 167 countries based on the proportion of the population that is estimated to be in some form of slavery, and it found out that 45.8 million estimated people were enslaved, a 28% increase from the previous 2014 estimates.

Sub-Saharan Africa accounts for an estimated 6,245,800 people, approximately 13.6% of the world’s total enslaved population with an average government response of 28.2%.

The DRC however leads Africa in percentages followed by Sudan, South Sudan, Somalia, Libya, Central African Republic, all with 1.130%, and then followed by Mauritania with 1.058%, a decrease from the 2014 Index.

“Early marriage remained a significant problem in the region with UNICEF predicting that half of the world’s child brides in 2050 will be African,” the report said, adding: “the top ten countries with the largest estimated absolute number of people in modern slavery account for 68% of people living in modern slavery.”