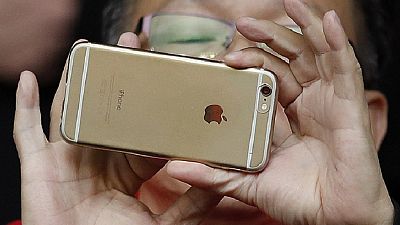 Apple’s iPhone is a hot commodity across the world, with people dishing out huge sums of money to acquire the newest brands that hit the market.

The iPhone 6S and 6S Plus were released onto the market in September 2015 and there was a mad rush across the world to get them with queues reported across Asia.

A report by the Deutsche Bank’s annual “Mapping the World’s Prices” report for 2016 indicates that South Africa is the 24th country in the world where iPhones are most expensively priced and by that the most expensive place in Africa.

Don't lose your phone while away in Brazil, India, Sweden, Denmark or Italy.

These are the countries where #iPhones are most expensive https://t.co/BX72VRsFLs pic.twitter.com/75J0uizFHb

The annual report is run by strategist Jim Reid and compares prices for more than 20 common items in global cities.

“Don’t lose your phone while away in Brazil, India, Sweden, Denmark or Italy” this is Reid’s salient advice to travellers, as they are the most expensive countries in which to buy an iPhone.

The product is most expensive in Brazil where Olympic games are set to be held later this year, Indonesia, Sweden, India and Italy forllow in that order. Other global giants were ranked as follows; United Kingdom (21), China (16), France (8), Spain (8), Canada (17) and Germany (12).

The price in US dollar terms has actually come down a bit in Brazil over the past year as the local currency, the real, has appreciated around 10% against the greenback. But the iPhone 6 still comes at a dizzying 56% premium, when priced in US dollars.