Five peacekeepers killed in an attack in central Mali 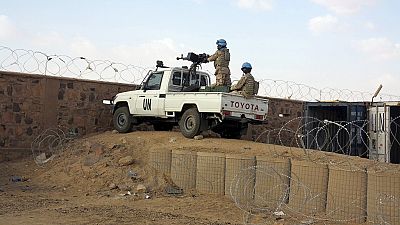 Five peacekeepers were killed on Sunday in an ambush in central Mali on International Peace Keepers Day, the UN Mission in Mali (Minusma) announced in a statement.

The attack occurred around 11:00 GMT targeting a convoy of Minusma forces who were ambushed 30 km west of Sevare city in the Mopti region, said the statement.

“According to preliminary information, five peacekeepers were killed. Another was seriously injured and is being evacuated for medical attention,” the mission added.

The peacekeepers are suspected to be Togolese on a peace mission in the area, a source told AFP.

“I condemn in the strongest terms this heinous crime in addition to other terrorist acts that targeted our peacekeepers and which constitute crimes against humanity under international law,” Mr. Mahamat Saleh Annadif, Special representative of the Secretary General of the UN and Chief of Minusma said.

“This heinous act of terrorism is even more shocking that it was perpetrated during International Peacekeepers Day,” said Mr. Annadif.

This is the first time that Minusma peacekeepers have been killed in central Mali. This new attack comes after five Malian soldiers were killed on Friday in northern Mali by a mine explosion.

Last week, five Chadian peacekeepers were killed and three others seriously injured in an ambush by the jihadists of Ansar Dine in north-eastern Mali.