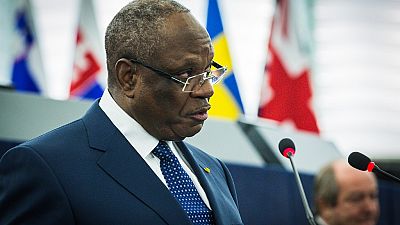 Scores of protesters on Saturday staged a peaceful march through the Malian capital, Bamako to protest against what they described as “bad governance” and “corruption in the country”.

Dubbed “Walk for Mali”, the protesters carried banners some of which read: “No to bad governance, no to partitioning of the country”, “No to insecurity”, “Malians are hungry” and “IBK, you have not kept your promises”.

Ibrahim Boubakar Keita, often referred to by his initials IBK, promised not to “reconcile hearts and minds, restore true brotherhood between us so that all the different people can play their part harmoniously in the national symphony” when he was sworn into office in September 2013.

But supporters of former president, Amadou Toumani Toure who took part in the march say the reconciliation promised by the president is incomplete without a return of Toure from exile in Senegal.

Toure was overthrown in a coup by disgruntled soldiers on March 22, 2012, a few weeks before the end of his second five-year term in office.

“He was a citizen of the country. He worked very well in this country. I cannot finish listing everything he did,“said one of his supporters.

The “Walk for Mali” ended with a rally later in the evening calling for reconciliation.

The rally was attended by several opposition political figures including Soumaila Cisse, leader of the Union for the Republic and Democracy (URD) and Tiebile Drame founder of the Party for National Renaissance (PARENA).

Cisse who addressed the gathering denounced social suffering and growing economic misery in Mali which he said had “destroyed the hopes” of Malians.

Mali has been overrun by militant groups which have taken over most parts of the north of the country.