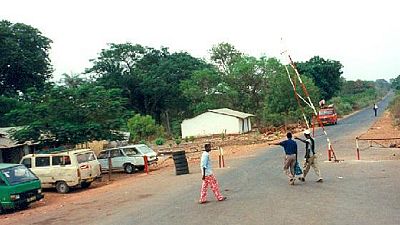 The Senegal-Gambia border remained closed despite a meeting in Dakar between foreign Ministers of both countries on Sunday, as they sought to end the diplomatic stand-off that has lasted three months now.

Gambian foreign minister Nene McDouall-Geye and his Senegalese counterpart Mankeur Ndiaye have not yet found a solution to the long standing crisis. Senegalese drivers boycotted passing through the Gambia to cross into the Senegalese Southern Region of Cassamace following the introduction of a new tariff imposed by the Gambian Customs on all Senegalese registered trucks.

The Gambia had given an unexplained excuse for not showing up to a May 5th meeting but told a joint UN, AU and ECOWAS joint mission that Senegal was deliberately making attempts to sabotage its economy and trade routes.

The Gambia has announced that is has removed the block, but says that drivers have pressed on with the blockade by demanding other requirements.

This is the sixth blockade since 2000 on the border between the two neighbors.