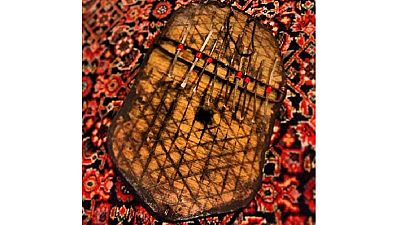 Alona Nsingi, is in search of discarded material that he can recycle to make musical instruments. He is one of the musicians in the Democratic Republic of Congo who specializes in Likembe or Sanza, a traditional musical instrument whose sound is similar to that of a guitar. A passion he says he inherited from his father.

‘‘My biological father was a player and as a maker of the instrument. He played with passion and that’s what drove me to love this instrument,’‘ said Alona

Historically, the Sanza was mainly used in traditional music of the Bantu people. Over time, this instrument slowly gained footing in modern music.

“The Sanza can play the notes of a guitar. The sounds of Sanza are compared to that of a guitar. The Sanza which was used in the traditional music can give you sound the same sound. So with a Sanza I can play all kinds of Music Jazz, Reggae,” he added.

But many other Congolese artists says the guitar remains the favorite instrument compared to Sanza. Maika Munan, a renowned artist of the DRC is one of those.

“There is already a fundamental difference, it’s scale is not tempered so it can not produce all tones,’‘ he said

Although the Sanza is still used by minority Congolese bands, artistes like Alona remain hopeful that will get its place in mainstream and modern music.