Over 60 percent of Tanzania becoming a desert - Minister 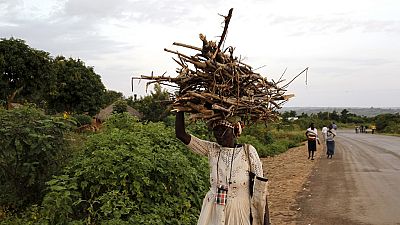 Over 60 percent of Tanzania’s land mass is under threat of becoming a desert caused by ongoing massive environmental degradation.

This was announced on Monday by January Makamba the country’s Minister of State in the Vice President’s Office of Union Affairs and Environment, while addressing members of parliament in the political capital Dodoma.

Makamba warned that 61% of Tanzania was under threat of turning into a desert due to ongoing environmental pollution https://t.co/V1RgFSTtcw

Over 90 percent of energy consumed in the country is from forests. Over the last decade the area lost was equivalent to the entire size of neighbouring Rwanda.

The minister said that the country was losing an average of one million acres of forests and said the problem was largely caused by the high demand for trees which are cut for energy use.

He added that over the last decade the area lost was equivalent to the entire size of neighbouring Rwanda.

“Over 90 percent of energy consumed in the country is from forests. On monthly basis Dar es Salaam alone is consuming between 200,000 and 300,000 bags of charcoal with an average weight of 50 kilograms each,” he said.

The wave of massive degradation of forests has affected water catchment areas in the east African country.

To redress the situation, Makamba said that the government has launched a tree planting campaign across the country with a target of planting 1.5 million trees annually and empowering the National Environment Management Council (NEMC) to fight off all sorts of environmental degradation.

Already, over 264 million trees were planted in Tanzania in the last two years and about 211 million have survived and are thriving.