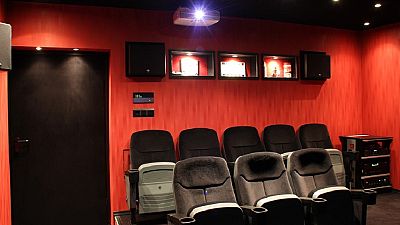 Egyptian independent film industry is thriving with the introduction of the Cinema Everywhere project.

The project aims to promote free independent film screenings to audiences in the north African country and the films are screened in coffee shops, schools, factories and other spaces across the country.

The films are usually produced by Egyptian, Arab and international filmmakers.

“The purpose of the project is to show independent films and introduce them to the public and build an audience for them and open windows for their directors who won awards and who represented Egypt and the region,” said Waguih el-Laqany, founder of Cinema Everywhere.

In a country where most families in the rural areas cant access televisions at home, cinema everywhere fills the gap.

The initiative also aims to target Egyptians who have no prior interest in the arts and make the public more aware of what is happening in the world.

In spite of Cairo’s rich cinematic history, the Cinema Everywhere project aims to claim a slice of Egypt’s silver screen.