Breakthrough 'Starshot' on the quest for more planets 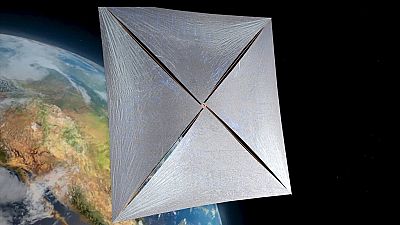 This is what the future of interstellar exploration could look like: a wafer no bigger than an iPhone containing cameras, photon thrusters, power supply navigation and communication equipment.

Yuri Milner, a Russian billionaire and internet entrepreneur, has announced a plan to better understand the cosmos by deploying thousands of tiny so called nanocrafts to travel to our nearest neighboring star system, Alpha Centauri – 4.37 light -years away.

Powered by energy from a huge, Earth-based laser, the spacecrafts equipped with solar sails would fly at about one-fifth the speed of light. The spacecrafts would take 20 years to reach the star system, where they would make observations and send back data.

Light driven nanocrafts are the most pragmatic technology available.

The $100 million (USD) project called “Breakthrough Starshot” is backed by prominent supporters, legendary physicist Stephen Hawking (present at the press conference in New York) and Facebook chief executive Mark Zuckerberg are members on the project’s board.

“It aims to demonstrate proof of concept of high speed light-driven ‘nanocrafts’ and to lay the foundations for an eventual voyage to Alpha Centauri. The ultimate cost of such a venture is expected to compare with the biggest international science collaboration such as CERN,” said Yuri Milner, founder of ‘Breakthrough Initiative.

The project could take years to develop but is based on technology already available (or likely to be available in the near future) as Hawking explained.

“Light driven nanocrafts are the most pragmatic technology available. Fusion and anti-matter are a long way away in the future,” he said

Asked about the probability of finding intelligent alien life in the next 20 years, the “oracle” Hawking answered with cosmic wisdom.

“The probability is low. Probably.”

The team envision sending a larger conventional spacecraft containing thousands of nanocraft into orbit, and then launching the nanocraft one by one,

Scientists hope the nanocrafts will eventually fly at 20 percent of the speed of light, more than a thousand times faster than today’s spacecraft.

Their target would be a planet with potential for holding life.No such planet has been discovered yet at Alpha Centauri, but experts say one may lurk there.