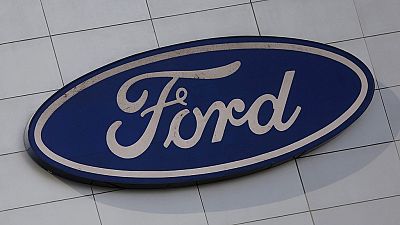 The company said the idea is to produce the all-new Ford Everest, along with the new Ford Ranger that was launched at the end of last year.

The new investment will be expected to create approximately 1,200 new jobs at Ford South Africa and within the South African supplier network.

By producing the Everest in South Africa, we will be able to make it more readily available, and in a greater variety of models.

The investment will create 1 200 new jobs at Ford South Africa and within the South African supplier network. pic.twitter.com/gu44Qa2Urt

“By producing the Everest in South Africa, we will be able to make it more readily available, and in a greater variety of models, for customers throughout Sub-Saharan Africa,” he said.

“We are committed to the Future of Ford in South Africa and across Middle East & Africa.” – Jim Farley #EverestInSA pic.twitter.com/IAK3tnfYiS

Allafrica reports that South Africa’s Trade and Industry Minister, Rob Davies had welcomed Ford’s investment in local production saying it is an important indication of confidence in the country.

“The automotive industry is of significant importance to South Africa. To date we have invested more than R25 billion in the motoring industry and are positive that through this investment we will see more and more vehicles manufactured locally,” he said.

Davies said the investment not only shows confidence in South Africa but also shows the significance in the Africa Growth and Opportunity Act (AGOA).

AGOA is a legislation that provides duty-free market access to the US for qualifying sub-Saharan African countries by extending preferences on more than 4,600 products.

In 2008, Ford announced plans to build the Ford Ranger at its Silverton Assembly plant with an investment of R3.4billion.

Ford Ranger is exported to 148 countries in Africa,Middle East and Europe.