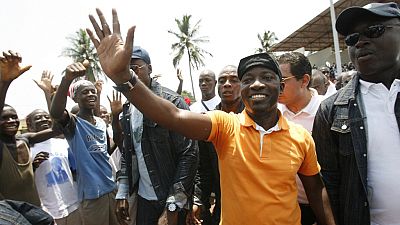 Ivorian authorities have banned the sale and distribution of a book written by the former leader of the country’s Young Patriots movement, Charles Ble Goude.

A lawyer for the former youth leader who is currently standing trial for war crimes at the Hague said in a statement that, the book had been banned in Ivory Coast “when it had only just been released after much difficulty”.

Simplice Seri Zokou’s statement further indicated that the Ivorian Interior Ministry notified French retail giant FNAC, which is in charge of distributing the book in the country, of the nationwide ban.

The Interior Ministry has not yet given any reason for the ban.

An employee at a bookstore in Plateau (the business hub in the Ivorian capital), confirmed the ban on the sale of the book to the AFP even though the shop had taken delivery of its first stock of the book.

The book’s publisher, represented by Yves Derai expressed “surprise at the decision” which he described as a “serious attack on freedom of expression”.

The 190-page book written by Ble Goude from his prison in the Hague, highlights the five months of the 2010-2011 post-election violence in Ivory Coast which was sparked by a refusal of the then president Laurent Gbagbo to concede defeat to his opponent, Alassane Ouattara.

“From hell, I’ll return” is a series of interviews with Seri Zokou of the Brussels bar.

Charles Ble Goude was arrested in neighbouring Ghana in January 2013 after more than a year and a half on the run. He was detained for several months by the Directorate of Territorial Surveillance in Abidjan before being transferred to the Hague in March 2014.