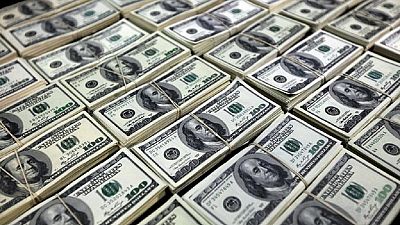 Since Sunday, dozens of international media houses have published leaked documents, which have exposed the private fortunes of the rich and powerful, who have used offshore tax havens to hide their wealth.

This came after eleven million documents were leaked from one of the world’s most secretive companies, Panamanian law firm Mossack Fonseca.

Football star Lionel Messi is also in the thick of things, after Spanish Newspaper El Confidencial, accused him of “setting up a tax fraud network” by using Panamanian company Mega Star Enterprises to avoid paying tax.

Dozens of Africans were also not spared, as South Africa’s mining tycoon and President Jacob Zuma’s nephew Khulubuse Zuma was also thrust into the spotlight.

The South African connection, which drew the crosshairs to Zuma, is one of his league of companies named Caprikat Limited, .according to News24

While the “Panama Papers” detail complex financial arrangements benefiting the world’s elite, they do not necessarily mean the schemes were all illegal.

The Kremlin said the documents contained “nothing concrete and nothing new” while a spokesman for British Prime Minister David Cameron said his late father’s reported links to an offshore company were a “private matter.”

Iceland’s Prime Minister Sigmundur Gunnlaugsson could not immediately be reached for comment on the naming of his wife in connection with a secretive company in an offshore haven which brought opposition calls for him to resign.

Pakistan denied any wrongdoing by the family of Prime Minister Prime Minister Nawaz Sharif after his daughter and son were linked to offshore companies. Ukrainian President Petro Poroshenko has not commented on his reported offshore links.