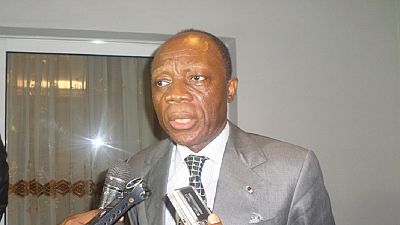 The former peace and security adviser of President Sassou Nguesso, in an audio recording published online, called on Congolese to “rise up and end the arbitrariness to reclaim your stolen and confiscated votes.”

We went around the country to cure the people of "the disease called fear which has been expertly instilled over the years. It is time to stop being afraid.

General Mokoko said statistics in his possession collected from polling stations across the country “do not allow Denis Sassou Nguesso to win this election”.

“Despite the numerous irregularities to truncate the results of the vote, he [Sassou Nguesso] appears far behind the main opposition candidates. It is therefore impossible that the candidate Denis Sassou Nguesso is elected winner in the first round as we have just been told,” he said.

The former Chief of Staff of the Armed Forces of the Republic of Congo said he and other candidates went around the country to cure the people of “the disease called fear which has been expertly instilled over the years. It is time to stop being afraid.”

General Mokoko also called on the security forces to remember their commitments to the Sovereign National Conference. “We are a public republican and our strength is to serve the people to whom we have duties and obligations,” he said.

According to the official results, Guy-Brice Parfait Kolélas ranked second with a little over 15.05% of the vote, and General Jean-Marie Michel Mokoko third with about 13.89%.

Meanwhile, the opposition candidate Guy-Brice Parfait Kolélas, ranked second in the election, has decided to resort to legal means to contest the election results. This was made clear by his spokesperson, Vivien Manangou, after the release of the partial results on Tuesday.

“Do not rely on [Mr. Kolélas] to enter a showdown of violence,” said Manangou who emphasised that his candidate was determined to challenge the official results through legal channels.