Niger Elections: Battle over statistics ahead of results declaration 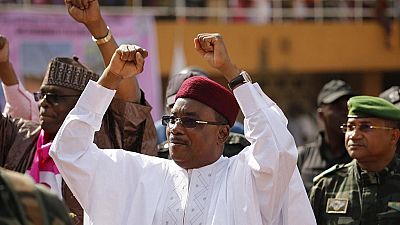 The incumbent and the opposition in Niger have engaged in a battle over statistics on turnout in the second round of the disputed presidential election on Sunday which the opposition had boycotted.

With a certain victory for President Mahamadou Issoufou in the second round, the voter turnout in the first round, which pitted the president who had 48.43% to the opposition candidate Hama Amadou with 17.73%, is the main point of contention.

On Monday, 112 of the 308 communes, or about a third of the 7.5 million registered voters had been counted. According to these preliminary figures which will be updated, the turnout was 56% and President Issoufou would win with 92% of votes.

But the opposition, united as Coalition for Change (COPA 2016), estimated that the turnout was 11.05% of the entire territory. For them, “the Nigerian people overwhelmingly rejected this election sham”. According to its figures, counted on “the basis of the uprise of the party leaders” but also on satellite observation of internet stations, the participation rate was 8% in Niamey and Zinder (second largest city) , 12% in Maradi (the economic capital) with a peak of 22% in Tahoua (west, the stronghold of the president).

“Basically, the people did not vote,” said Ousséini Salatou, spokesman of COPA, criticizing the work of the CENI and denouncing “huge turnout” and “falsified” reports.

“We had a goal: to show that the figure of 48% (obtained by Issoufou) in the first round was false and he (Issoufou) had no legitimacy,” he said.

COPA also asked their supporters to “remain vigilant and determined to transform this sanction regime for the victory of the people”.

Participation is down sharply from the first round in the capital, an opposition stronghold, but the interior minister Hassoumi Massaoudou said on Sunday that “Niamey is not Niger” and assured national level turnout as promised “comparable or slightly lower in the first round.”

A government source said on condition of anonymity on Monday that the national interest would be around 55%.

Another source close to the government denounced the “escalation in the wrong direction” of the opposition. “These are not democrats. They lost and do not want to admit it,” she told AFP.

The European Union, which has “noted the decline in participation,” said on Monday that the election “took place in a new context, one of the candidates has not been able to campaign” and “regretted that some of the voters” did not vote.

It “calls for the establishment of a peaceful political climate, through an inclusive and constructive dialogue, contributing to the consolidation of democracy.”

President Issoufou is seeking a second five-year term as head of the West African country of 18 million inhabitants and among the poorest in the world.

His opponent, Hama Amadou, a former prime minister, was hospitalized in France after being discharged from prison on March 16. He was in custody since November as part of a controversial case of child trafficking, a “political trial” according to the opposition, a record of “common law” according to the power.