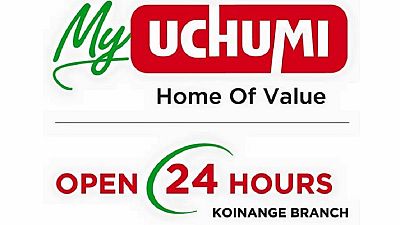 Retail chain, Uchumi Supermarkets has closed operations in five outlets within Kenya as part of the company’s reorganization process. Allafrica reports that the new measure will see 253 workers lose their jobs.

The branches include Taj Mall, Embu, Eldoret Sugarland, Nakuru and Kisii. The company said the closure is to reduce the retailer’s operational costs enabling it to concentrate its efforts on a leaner structure as dictated by the current business environment.

This is coming months after the firm closed its operations in Tanzania and Uganda in a reorganization exercise intended to stop financial loss.

Chief Executive Officer, Julius Kipng’etich said the firm is well on track to recovery and that the move is expected to hasten the retail chain’s rise to sustainability.

According to him, the closure will enable the firm channel its resources to fewer branches and optimize operations for maximum gain.

The firm had plunged into a deeper loss which widen to Sh1.02B (about $9m) before tax in the six months that ended December 2015.

Uchumi has attributed its woes to mismanagement by the company’s previous bosses who were sacked last year.