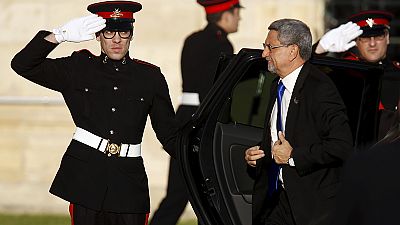 Cape Verde held parliamentary elections on Sunday in which the main opposition Movement for Democracy (MpD) party stood a strong chance of taking back the island’s legislature after 15 years in the minority.

A cluster of 10 volcanic islands 570 km (350 miles) off Senegal, Cape Verde stands out as a pocket of relative stability in the region, having avoided the kinds of coups and civil wars that have plagued its neighbours on the mainland.

But in the run-up to the election, the ruling African Party for the Independence of Cape Verde (PAICV) has come under attack for running up the public debt on expensive infrastructure projects while failing to tackle rampant youth unemployment.

Six parties were vying for seats in the 72 member parliament. However the main race pitted the two main parties – the MpD against the PAICV – against one another.

While current President Jorge Carlos Fonseca won the presidency in 2011 with MpD backing, the PAICV has controlled parliament for the past decade and a half, allowing it to name the nation’s prime minister and government.

The MpD has in recent years mounted strong opposition to the PAICV, which suffered a poor showing in municipal elections in 2012.

A presidential election is due to be held later this year though the date has not yet been fixed.

The former Portuguese colony, which has experienced a tourism boom in recent years, recorded per capita GDP of $3,450 in 2014, among the highest levels in Africa. Its population of just over half a million has one of the continent’s lowest poverty rates.