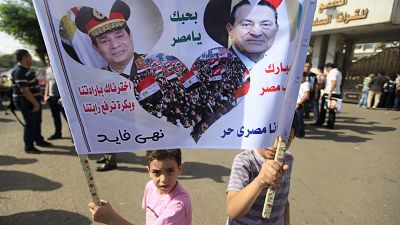 Taymour El-Sobky was charged on Saturday for insulting women in the North African country by saying that roughly 45 per cent of married Egyptian women cheat on their spouses. El-Sobky made this remarks on a talk show in December.

According to reports, the misdemeanor court handed the sentence to the blogger because his statement which garnered public scrutiny would harm the sanity of the public. Civilians filed the case against El-Sobky to public prosecutors.

El-Sobky still has a chance to appeal. Furthermore his lawyer has said he will file for a request of compensation as soon as the case is referred to a civil court.

Since the current regime took office authorities have has led an extensive crackdown on Muslim Brotherhood and liberal activists but they have recently broadened their net.

With limited freedom of speech, creative artists have expressed concerns after a number of writers and a cartoonist were charged for various crimes this year.

Human Rights Watch (HRW) has often criticised the North African country of its flawed judicial system and its campaign against activists and journalists.