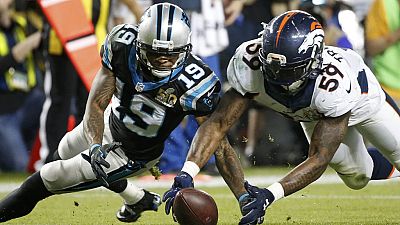 A group of players from USA’s National Football League (NFL) representing American Football Without Barriers (AFWB) were in Egypt on Monday to help train enthusiasts and players as part of a promotion for American Football. The players will also be scouting for younger players during the camps.

Pittsburgh Steelers running back Williams said that the NFL has to expand to beyond the United States.

“I think they have to expand, I mean they are making a ton of money in the States but I think it also has to expand from a standpoint of it getting too big for just the continental US so with it expanding it gives an opportunity for the Egyptian kids or people in another country to play the sport and we can pool players from other continents to come play this great game of football, it’s not ‘football’ but to come play the American Football,” said Williams.

AFWB is a non-profit organisation founded in 2011 by players including Barnidge and Giacomini to spread American Football to underprivileged countries.

Egypt has an internationally recognised federation, the Egyptian Federation for American Football which currently hosts seven teams with over 400 players.