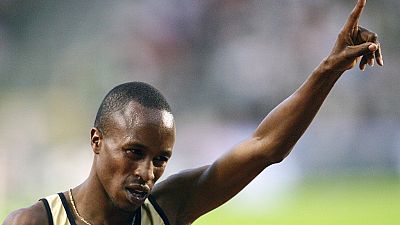 Double world champion and record holder of the 3000m steeplechase, Saif Saaeed, 33, has resigned after failing to heal on a long-term achilles tendon injury.

A former Kenyan national under the name Stephen Cherono, Saaeed was the first athlete to shift nationalities to Qatar, a move that caused an international uproar.

According to sources, Saaeed said his injury had taken a toll on his career and he could not risk running again.

It might take some time before the record is broken once again," said Shaheen.

“It is time to call it a day. Running isn’t the only thing that can occupy one’s life. There are other things to do,” Shaheen told AFP in Eldoret, Kenya where he has settled down to run a family business.

“I tried to start training again last week, after taking a full year to recuperate, but the leg started swelling,” he said.

He was barred from competing in the 2004 Olympic Games in Athens, after the International Olympic Committee (IOC) changed its rules, preventing athletes from competing for their new countries before a three-year lapse period.

In his absence, Kenyan Ezekiel Kemboi won the Olympic gold medal title, ahead of two other compatriots, Brimin Kipruto and Paul Kipsiele Koech.

Injuries barred Shaheen from making a successful comeback, even seeking treatment in Germany, the tendinitis in his patella worsened and the Achilles tendon injury failed to completely heal.