The true colours of the Oscars Academy 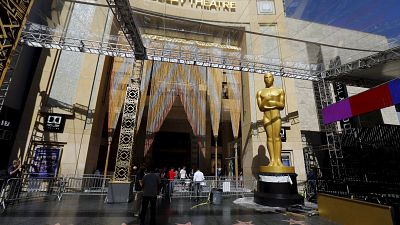 For many years, the Academy of Motion Picture Arts and Sciences has maintained secrecy on the origin of its members and also its operation including the appointment of nominees and winners of the annual American awards ceremony, The Oscars.

A few days before the 2016 event to recognise excellence in cinematic achievements in the film industry, the institution has somewhat made some revelations.

To satisfy the curiosity of movie lovers, the Academy of Motion Picture Arts and Sciences has just lifted the veil on the profile of its membership. In a document sent to AFP, it is revealed that the respected institution has 6,000 members.

They are individuals selected on the basis of recommendation from former members who have also demonstrated exceptional talent and achievement in their field to merit their integration into the “extremely exclusive” club.

Another mode of selection is by nomination of professionals who have received an Oscar nomination. In all cases, applications from any category are recommended to the Board of Governors.

The task of the Academy is very narrow. Most of the finalists in each category are awarded by members of their professional sector. Actors vote for actors, editors, for editors, directors for directors, etc.

Some categories such as best foreign language film or animated films are on the contrary voted for by a special committee. The Academy is responsible for classifying the finalists for best film in order of preference.

However, the mode of making a choice is complex as it is by elimination. Once a winner is found, the remaining votes are redistributed to determine who occupies the following positions in the ranking.

The choice is simple for the other 23 categories as voters choose only one winner.

Here is the full list of 2016 nominees! Who are you rooting for? #Oscars #AcademyAwards https://t.co/EHsfOjsWlh

The authority and legitimacy of the film institution is a subject of controversy as it has been accused of lack of gender diversity and imbalance towards ethnic minorities.

As a reminder, the 6000 Academy members are made up of 93% white and 73% male with an average age of 63 years. These figures have prompted reactions calling the Academy to be re-classified.

It is in this context that many actors including Jada Pinkett Smith, actress and wife of actor Will Smith, George Clooney, Whoopi Goldberg and artists such as Snoop Dogg and 50 Cent decided to boycott the 88th Oscars ceremony to be held on February 28.

These industry players accused the Academy of “under-representation of some minorities” in the selection of nominees.

At the Oscars … people of color are always Welcomed to give out awards … even entertain, (1 pt.)

Other allegations against the Academy is the involvement of some of its members in the film industry. An investigation by the Los Angeles Times in 2012 noted that although half of the voting members have worked in the film industry for two years, hundreds of them had not been consistent for decades.

“Some left the film industry completely but continue to vote for the Oscars, including a nun, a librarian and a retired Peace Corps recruiter,” the paper reported.

These embarrassing remarks compelled the Board of Governors of the Academy to announce its decision to double the number of women and members of ethnic minorities by 2020.

Also, from this year (new measures do not apply to The Oscars 2016), new members can only vote for ten years renewable if they remain active in the film industry. They were previously appointed for life.