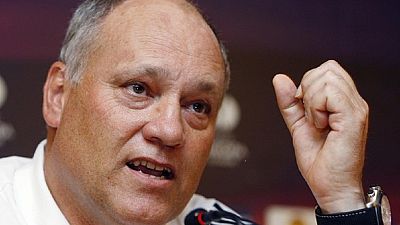 Dutch trainer Martin Jol has been appointed as the new coach of Egyptian giants Al Ahly.

He joins the Egyptian Premier League side on an 18-month deal.

The 60-year-old replaces the Portuguese coach Jose Peseiro who left the club in January to take over at FC Porto.

Ahly are currently top of the league table in Egypt “ points ahead of rivals Zamalek.

Jol had spells with German side Hamburg and Dutch club Ajax, he also managed Tottenham between 2004-2007 and led them to two fifth-placed finishes.

He has been out of management since being sacked by Fulham in 2013.