#OscarsSoWhite: Is boycott the best solution to the diversity issue? 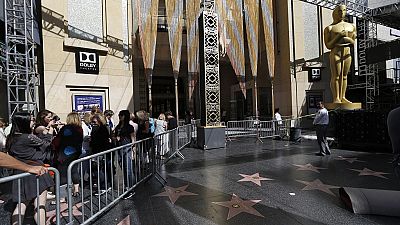 Hollywood prepares to honours its brightest stars this weekend, but the controversial issue of lack of diversity is likely to overshadow pre and post event discussions.

Hollywood’s top stars will this weekend gather at the Dolby Theatre for the 88th Academy awards.

But not all of the industry’s players will be there. A few of them, mostly African Americans, are staying away from the event.

Notable among them is acclaimed filmmaker Spike Lee. He and some other actors will not attend the event in protest at the lack of nomination for black actors at this year’s awards.

The criticism about the Oscars being so “white” gained prominence in 2015 when no black actor was nominated for any of the top acting awards for the night.

The #OscarsSoWhite campaign has made a comeback in 2016 as again no black actor was nominated even though Idriss Elba, Will Smith and Ice Cube were expected to gain nominations for their works Beast of No Nation, Concussion and Straight Out of Compton respectively.

And although Spike Lee and Jada Pinkett Smith, wife of Will Smith, have stated their intent to boycott the ceremony, there are some who think a boycott is not the best form of protest.

“I don’t think the right side is boycotting the Oscars. I think the Oscars is a well respected institution in the entertainment community,” said Gil Robertson, Co-founder and President of the African American Film Critics Association.

But there are some who have also argued that the diversity problem is not peculiar to just the Oscars.

A recent study published by the University of Southern California revealed that the Oscar diversity issue is just part of a larger inclusion issue in Hollywood.

The report noted that women and other minorities are equally missing in most works produced in Hollywood.

Professor Stacy L Smith of the University of Southern California said “across the 414 films, television shows and digital series that we evaluated, over 20 percent didn’t have one black or African American speaking character. Over 50 percent didn’t feature one Asian or Asian American character. Across 11,306 speaking characters, across the entire study, only a third were girls and women and only 229 were LGBT.”

This the researchers believe fails to present the true picture of the US population.

Yet again, the inequalities in Hollywood transcend colour and ethnicity.

When Patricia Arquette won the Oscar for best actress in supporting role in 2015, she also chose to highlight another of the diversity issues in Hollywood – the disparity in wages for male and female actors.

It is a very sensitive topic in Hollywood but the reality is that men receive more wages than the women with whom they grace our screens.

President of the Oscars Academy Cheryl Boone Isaacs has assured the Academy is working on the diversity problem.

“The Academy has been active for the last three, four years about including new and different voices, filmmakers, whether of gender or race or national origin. We felt it was important for the world to know that we are on this.”

The Academy of Motion Picture, Arts and Sciences has however promised to double the number of women and representatives from minorities in the organisation by the year 2020.