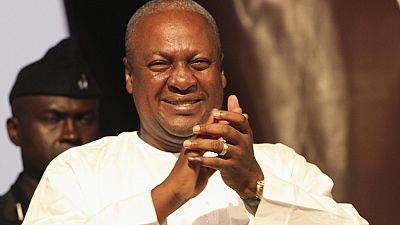 The Ghanaian government is applauding itself for a marked improvement on Transparency International’s 2015 Corruption Perception Index released on Wednesday.

The country ranked 56 out of 168 country with a score of 47 making it the 7th best performed African country on the index.

In December last year, sections of the Ghanaian media reported that the country was the second most corrupt in Africa. Their reportage was based on a report People and Corruption: Africa Survey 2015 said to be from Transparency International.

But a statement signed by the country’s Communications Minister, Dr. Edward Omane Boamah said that Wednesday’s report “arguably the most authoritative source of corruption surveys in the world, belies the spurious claims of certain media outlets a few months ago that Ghana had been ranked as the second most corrupt nation in Africa by Transparency International.”

“Ghana ranks 7th in Africa which means that apart from six African countries, we performed better than all other countries on the continent and 112 countries worldwide,” the statement argued.

Whereas Ghana performed better than Africa’s power houses South Africa and Nigeria which ranked 61st and 136th respectively on the global index, its performance over the year has not been stable.

The index scores countries based on the perception of public sector corruption on a scale of 0 (highly corrupt) to 100 (very clean).

The statement from the Ghanaian government indicated its commitment and readiness to implement its National Anti-Corruption Action Plan (NACAP) as well as strengthen the relevant state institutions and work with civil society “to win the war against corruption.”

Senegal was singled out for praise as one of the few countries including Greece and the UK that have seen significant increases in their scores since 2012.