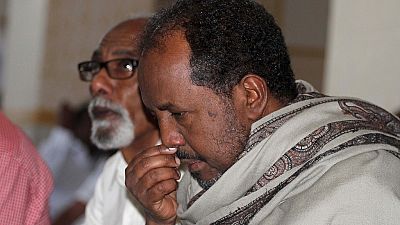 The corruption perception index 2015 by Transparency International has placed Somalia yet again as the most corrupt country in the world.

And it's officially LIVE! Check out how #corrupt your country is considered: https://t.co/49MVeArkDy #timeforjustice pic.twitter.com/RcRhchnQ1K

The conflict ridden Somalia scored a mere 8 points largely due to a failure to uphold rule of law.

‘‘In many countries, including low-scorers Angola, Burundi and Uganda, we are seeing a failure to prosecute corrupt public officials on the one hand, and intimidation of citizens who speak out against corruption on the other,’‘ Chantal Uwimana, Director for Sub-Saharan Africa said.

The first African country on the scale perceived as the least corrupt is Botswana ranking at number 28 with 63 points. Second is Cape Verde with 55 points followed closely by Seychelles with the same points. Rwanda, a country among fastest growing economies in Sub-Saharan Africa comes in fourth place with 54 points.

“Forty out of the region’s 46 countries show a serious corruption problem and there is no improvement for continent powerhouses Nigeria and South Africa. If corruption and impunity are to ‘be a thing of the past’ as the African Union stated, governments need to take bold steps to ensure rule of law is the reality for everyone,” Uwimana explained.

According to the anti-corruption body, Sub-Saharan Africa faced a myriad of challenges in 2015 from terrorism and Ebola further underpinning corruption in several states.

‘‘Prosecuting corruption will restore faith among people who no longer believe in the institutions that are supposed to protect them. Transparency and accountability must go hand in hand when tackling corruption – as these results show, this is still far from the norm in Africa,’‘ Uwimana added.