South Africa, Kenya touch down in New Zealand ahead of Wellington Sevens 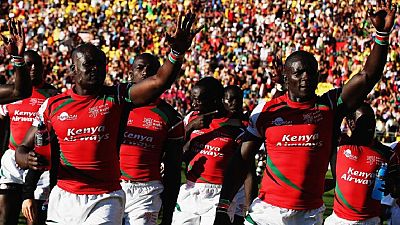 Kenya Sevens rugby team christened Shujaa, arrived in New Zealand on Monday, and will take on World Sevens Series defending champions Fiji in a friendly on Wednesday. The team has less than four days to prepare for a clash with Group D’s Australia, Portugal and Canada.

Top African representatives in the series, the Blitzbokke of South Africa have also touched down and are confident that they can win their first title there since 2002 on Saturday and Sunday. The Boks have been pooled in Pool A along with Scotland, Russia and tournament host New Zealand, who have the menacing figure of Sonny Bill Williams back into the squad.

The Blitzbokke have improved over the last two years, losing in the Cup final in 2014 and semi-final last year. But they won’t have regular captain Kyle Brown and talisman Cecil Afrika available in Wellington and next weekend in Sydney due to shoulder and hamstring injuries respectively, reports South Africa’s Independent Online.

“After almost 24 hours of travelling, the guys are really in good spirits and there’s a good vibe in the team. So we are really looking forward to (the tournament). There is a rich rugby culture in New Zealand, so we are looking forward to spending the week in Wellington,” the Independent Online quotes stand-in skipper Philip Snyman as saying.

And While Speaking to a local TV station, Kenya’s head coach Benjamin Ayimba said: “The friendly with Fiji is to gauge ourselves on where we are as we wait for the tournament. We are targeting to top the pool and we will be able to know what to work on after the friendly”.

Kenya will be bolstered by the return of former captain Humphrey Khayange as they head into the third and fourth rounds of the HSBC World Rugby Sevens Series in Wellington and Sydney.

The 33-year-old, who is an organic chemist outside of rugby, has not played for Kenya since the London Sevens in May last year. He will also be joined in Wellington by captain Andrew Amonde who returns to the squad after missing the opening two rounds in Dubai and Cape Town.

While Kenya failed to progress far at the series opener in Dubai, they did manage to finish fourth in Cape Town and will be bolstered by the return of two key faces when they take on Australia, Canada and Portugal in Pool D.