Iranians mock Djibouti over decision to cut ties with Iran 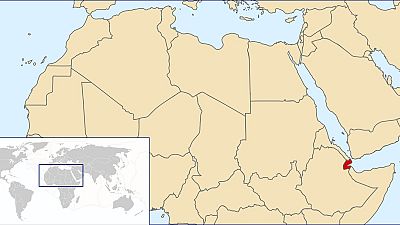 Djibouti’s decision to cut diplomatic ties with Iran has been mocked by Iranians.

Some Iranians resorted to social media platforms to criticised what they consider as the “tiny” Djibouti located in the horn of Africa..

“I have never heard your name before nor knew that we have diplomatic relations,” one Iranian wrote on twitter. “Oh my God, what can we do without Djibouti now,” another Iranian added.

#Djibouti has cut diplomatic ties with #Iran (in support of #Saudi).

Time to find Djibouti on a map. pic.twitter.com/aOXv6V9tR6

In a similar sarcastic statement, another Iranian suggested that maybe Iran’s economy will fully shut down following the incident.

An alleged comment from Hossein Shariatmadari, editor of the conservative Kayhan newspaper mocked Djibouti by indicating that, “the Iranian foreign ministry has set an ultimatum for Djibouti’s ambassadors to find their country (Djibouti) on the map within 24 hours.”

There has been no official information that Djibouti has cut off diplomatic ties with Tehran but many are worried that the country in the horn of Africa could increase the fee of Iranian oil tankers going through the Bab al-Mandab strait.

The Iranian media believes Djibouti, Sudan and Bahrain sympathized with Saudi Arabia to sanction Iran after protests against the execution of a Shiite cleric followed by the attack on Saudi Arabia’s embassy in Tehran.