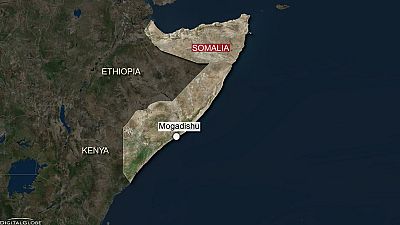 Mogadishu, a city dubbed the most dangerous city in the world, is now emerging from the ashes of war

New houses have started to be built amid an economic boom as diaspora Somalis return and the newly wealthy businessmen capitalise on the relative peace in the city.

The housing project began with construction in early 2015, and was touted as offering commercial returns and helping rebuild the nation.

The tens of thousands, who were left homeless during the war still live in plastic and rag shelters in the capital, sometimes in the ruins of war-shattered buildings, and more than a million others are still in need of emergency aid in a country ravaged by famine in 2011.

Car bombs and assassinations are still common, and a 22,000-strong African Union force fights alongside the army to protect the internationally-backed government from attacks by the Islamist Shebab insurgents.

Those returning to Somalia — including investors wanting to start new business in the their homeland — say the Daru Salaam estate offers them a more secure place to live.

The streets in the new estate offer a very different vision of Mogadishu.

“I came back to this city to buy a new home in Daru Salaam neighbourhood… the houses are well built,” said Abdiqadar Jimale Roble, 34, who grew up in Sweden from the age of 12 after Somalia spiralled into civil war in the early 1990s.

For those returning with dollars earned abroad, the estate reflects the possible profits to be made even in a still dangerous country.

But the estate is symbolic of the possible changes in Mogadishu.

“The security here is very good and there have been no problems,” said Fuad Ahmed Warsame, marketing director of Daru Salaam Real Estate, which is building the new neighbourhood — meaning “house of peace.”