Search still on for missing persons in Indonesia ferry accident 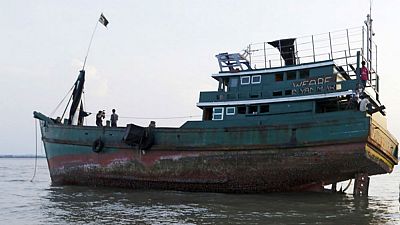 The search for people missing after a ferry capsized off Indonesia’s eastern island of Sulawesi entered its fifth day on Wednesday.

Seven people were reported dead, and 41 pulled out alive by rescue teams.
The fate of as many as 70 people remains unknown.

“Huge waves demolished Hull and so the ferry could not move forward. Sea water seeped into t he ship making it unstable and uncontrollable. The captain is not responsible because the boat was not overloaded, and he was sailing calmly when the weather conditions suddenly changed”, said Roki Asikin director of Indonesia’s National Search.

The fate of as many as 70 people remains unknown.

On Tuesday two passengers were found alive, including the captain of the ferry, an official said.
One survivor, a woman who gave her name only as Bertha, told TV One that passengers had heard a crashing sound, then the ferry jolted and water gushed in.