US Ambassador to Sudan urges holdout groups to join talks

The US Ambassador to Sudan has urged former rebel groups who did not take part in a post-coup political deal to join talks seeking to restore civilian rule.

Last month, military leaders and some civilian factions agreed on the first of a two-phase political process aiming to end the political turmoil that resulted from a military coup led by army chief Abdel Fattah al-Burhan.

"There are groups that have remained outside the framework political agreement so far. I think it's important to note that the process remains open for them to come in.
Our understanding is that efforts continue to try to find a way to meet a situation where they feel like they could join the process and we would certainly urge them to consider doing that", said US ambassador to Sudan, John Godfrey.

More than 120 people have been killed in the crackdown on anti-coup demonstrations, according to pro-democracy medics.

The coup has also deepened a spiralling economic crisis and heightened ethnic clashes in Sudan's remote regions, which killed around 900 people last year, according to the UN Office for the Coordination of Humanitarian Affairs (OCHA).

"Until a new civilian-led government is in place in Sudan we will not be in a position to restore the other lines of assistance that were paused at the time of the military takeover", added the US Ambassador.

Another round of talks is expected in the coming weeks over key contentious issues including transitional justice, accountability and security reforms. 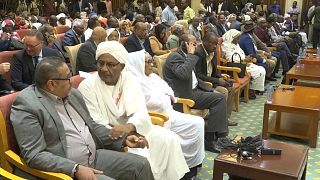 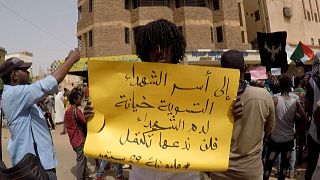