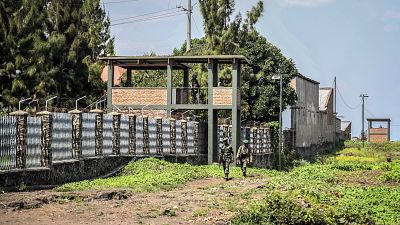 Rwanda has accused neighbouring Democratic Republic of Congo of violating its airspace by flying a fighter jet over its territory.

The accusation comes amid growing tensions between the two after Kinshasa accused Rwanda of backing the rebel M23 group which has resumed fighting in eastern DRC.

In a statement tweeted on Wednesday, Kigali said: "The authorities in the DRC seem to be emboldened by consistent coddling by some in the international community who repeatedly heap blame on Rwanda for any and all ills in the DRC, while ignoring the transgressions originating from the DRC."

The United Nations and the United States have also said that they believe Rwanda backs the M23 group.

It is composed mainly of ethnic Tutsis, as is Rwanda's government.

In November Kinshasa apologised after one of its fighter jets – which was unarmed – briefly flew over Rwanda. It said the overflight was an accident and that the plane had been on a reconnaissance mission.

Kinshasa has yet to respond to Wednesday’s alleged overflight.