Four men sentenced to jail for kidnapping Canadians in Ghana 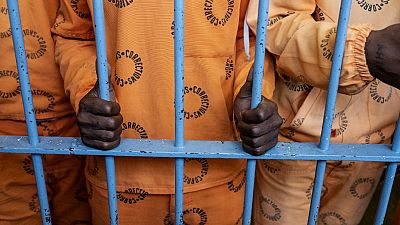 Four men have each been sentenced to 10 years in prison in Ghana for kidnapping two Canadian volunteers in the West African country several years ago, Ghana's state media reported.

The men were found guilty of conspiracy and kidnapping Lauren Tilly and Bailey Chittey in June 2019, said the Ghana News Agency on Tuesday.

The two women were taken from their hostel in the town of Kumasi in the Ashanti region while doing volunteer work for the aid group, Youth Challenge International, said a statement by Ghana's government at the time of the incident.

The women were rescued by security forces one week later.

The men were accused of demanding a ransom of some $800,000 for the women, the prosecution said during the initial days of the trial.

The men are not happy with the length of the sentence, said their lawyer Yaw Dankwah.

Kidnappings are relatively rare in Ghana which is regarded as a bastion of peace and stability in a largely volatile West Africa.