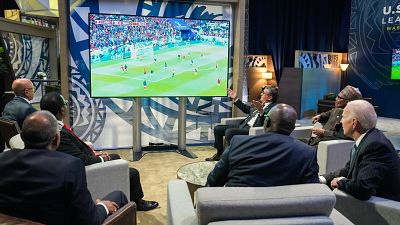 President Muhammadu Buhari of the Federal Republic of Nigeria has been spotted alongside Joe Biden and other world leaders, watching Morocco versus France at the 2022 World Cup.

The world leaders had taken some time off their deliberations for the US-Africa leaders’ summit to watch the world cup.

A photo shared by US president Joe Biden showed him in the company of president George Weah (Liberia) and Muhammadu Buhari (Nigeria).

It was a great honor to watch today’s World Cup match alongside Prime Minister Akhannouch of Morocco.

No matter who you’re rooting for, it was remarkable to watch how much this team has been able to achieve. pic.twitter.com/5kC4zkT1HQ

In a social media post, President Biden commended the Moroccan team saying he was proud of their performance despite their 2-0 defeat.

Lots of praises keep pouring in for the Lions.

Morocco has broken a glass ceiling by becoming the only African or Arab country to reach the semi-finals of a World Cup.

The very serious daily L'Economiste agrees: "The arrival of the Atlas Lions in the last four of a World Cup, a first for an African team, is experienced as a starting point and not as an achievement.

The course of Achraf Hakimi and his teammates throughout the competition in Qatar earned them an entry "in the pantheon of soccer," the French newspaper said.

Biden tells African leaders US is 'all in' on the continent https://t.co/W96F5VKXHC

A rare occurrence on social networks, this beautiful Moroccan team is unanimous, in the midst of debates on refereeing deemed unfavourable to the Lions.

"The sadness of losing should not make us forget the happiness we have experienced," said one user.

Another wrote: "Thank you for the desire, the sacrifices and the will to fight for the jersey. Thank you for the thrills, the shouts of joy and the scenes of jubilation. And thank you for giving back faith and smile to a people who desperately needed it".

Beyond that, "for the millions who watched the semi-final (...), it felt like the ultimate showdown, yet the players on both teams fought valiantly, comforted each other and supported each other morally, giving hope for a sea change in international relations between the former colonies and their European nemesis," the American cultural publication The Markaz Review said.

The Moroccan odyssey is not quite over. The Atlas Lions will play on Saturday the "small final" against Croatia to reach the podium. 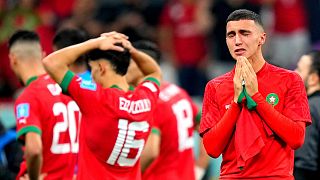 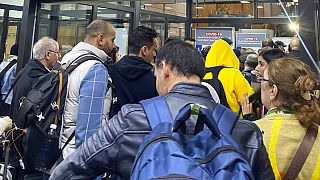 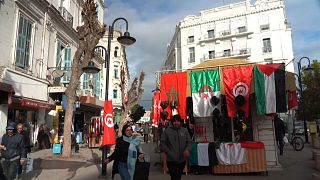