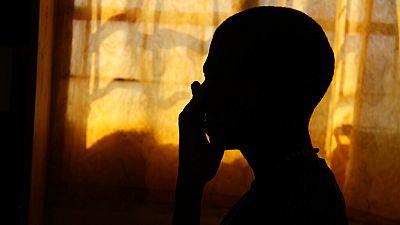 The first to die of AIDS was his father, followed by his mother a year later. Like many South Africans in the mid-2000s, Ndumiso Gamede lost his parents in quick succession. Treatment has since stabilised the crisis, but the effects of this "lost generation" are still being felt.

Now a rapper, the 28-year-old, who had to raise his younger brothers from the age of 13, shows pictures of his parents hanging on a dimly lit wall in the garage where he lives in the impoverished township of Vosloorus, about 30 km from Johannesburg.

"They were both HIV-positive, their deaths almost destroyed me," he told AFP, regretting that he "had no one" to guide him as a teenager. He escaped from drugs and delinquency and says that music saved him.

A few days before World Aids Day on 1 December, South Africa still has 13.7% of people living with HIV. This is one of the highest rates in the world.

But more than 5.4 million of an estimated 8.2 million infected people are taking antiretrovirals, one of the largest HIV treatment programmes in the world, which has dramatically reduced mortality.

"The number of children orphaned by AIDS has declined" as a result, says Agnes Mokoto, who runs a dedicated programme in Cape Town with the NGO Networking HIV.

They have dropped from 1.9 million in 2009 to 960,000 in 2021, according to UNAIDS. The age gap caused by the epidemic has created a lost generation, especially of young parents.

"In the dark days of the early millennium, people were dying in droves, and this created an army of orphans," says Linda-Gail Bekker, MD, of the Desmond Tutu HIV Foundation.

Ndumiso's parents disappeared at the height of the epidemic, some 15 years ago. At that time, the infection spread all the more rapidly because the then president, Thabo Mbeki, did not recognise the crisis, delaying the massive roll-out of antiretroviral drugs.

More than 330,000 lives were lost as a result of the mismanagement of Mr Mbeki and his health minister, nicknamed "Dr Beetroot" because she recommended lemon tea as a remedy, says a Harvard University study.

Transactional sex with older men, known as "sugar daddies" or "blessers", is largely responsible for this spread, fuelled by very high unemployment (33.9%).

And the stigmatisation of these women often prevents "satisfactory health care", says Sibongile Tshabalala, president of the Treatment Action Campaign, referring to nurses who make those who ask for condoms or want to be tested feel guilty.

The taboo or embarrassment surrounding AIDS has also isolated the young musician's siblings. When his parents died, his mother's family "turned their backs on them, they didn't want to know (...) what we were missing", recalls the lanky young man.

The neighbours gave them food. Ndumiso found a job in a fast-food restaurant but his pay was "not enough". The two younger brothers, one of whom was a drug addict, now live in makeshift shacks nearby.

It was also the stigma that prevented his parents from getting proper treatment. They had to hide. "If they had taken their treatment properly, one of them would still be alive," says the rapper.

Other AIDS orphans are also struggling to get papers.

Nonhlanhla Mazaleni, who runs a shelter in western Johannesburg, says she cares for "21 young people who are living with HIV and have no identity papers" because they were abandoned by their extended families.

"I have a little one, blind, who we took in when he was two years old. He is now 24, has no job, and cannot claim welfare benefits because he has no papers," she says.

Ndumiso has recently become a father. A grey cot is next to his bed, and a foam mattress is on the floor. He proudly shows AFP his latest music video on his computer, beating the beat with his head.

He is also looking for work, but without a diploma it is complicated. If AIDS had not killed his father, he would have "had opportunities", the melancholic young man wants to believe.