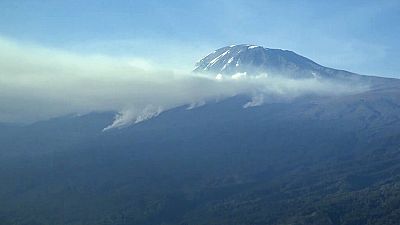 The fire burning on Mount Kilimanjaro for almost two weeks has been largely contained after hundreds of military personnel were deployed to help, Tanzania’s prime minister said Thursday (November 3).

The fire started on Oct. 21 near the Karanga camp, which is popular among the thousands of hikers who attempt the climb of the mountain every year.

The cause of the fire is yet to be established as investigations are ongoing, the prime minister said, adding that strong winds complicated the response.

On Tuesday, personnel from the Tanzania People’s Defense Force were deployed to help extinguish the flames. The prime minister said 878 soldiers and two helicopters were sent.

He said multiple fires had started on other parts of Mount Kilimanjaro but had been contained, and the main tourist sites there remain safe.

Mount Kilimanjaro, at 19,443 feet (5,926 meters), is a major tourist attraction in Tanzania. It wasn't clear how the fire affected tourist visits and the local economy. 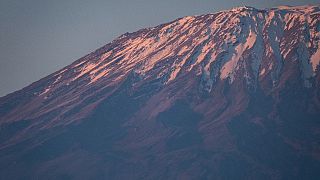