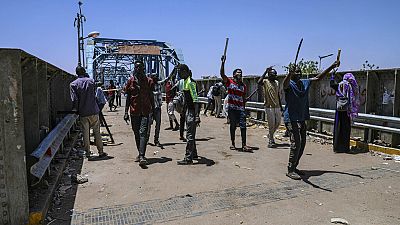 At least 150 people, including women and children, were killed Wednesday and Thursday in fresh tribal clashes in Blue Nile, southern Sudan, which has already been plagued by clashes over land in recent months.

The UN mission in Sudan said it was "gravely concerned about the escalation of deadly violence" between tribes in Blue Nile as well as in West Kordofan state, calling on the authorities to address "the root causes of the problem" and ensure "the right of the people to security".

"In all, 150 people, including women, children, and the elderly, were killed and 86 injured on Wednesday and Thursday," Abbas Moussa, the director of the Wad al-Mahi hospital where the violence took place, told AFP.

On Monday, the authorities imposed a nightly curfew in this area bordering Ethiopia after 13 people were killed, according to the UN, in clashes the previous days between members of the Hausa tribe and rival clans.

But nothing happened. The violence resumed despite the deployment of large security forces in the area, 500 kilometers from Khartoum, a Hausa dignitary told AFP on Wednesday evening.

"Weapons have been used and houses burned," he said.

Mr. Moussa confirmed. Most of the victims suffered burns, he said.

Tribal clashes are regularly punctuated by house and store fires.

On Thursday, several hundred people took to the streets in Damazine, the capital of Blue Nile, to protest against the violence, shouting "No to violence", a resident told AFP.

Other demonstrators demanded the departure of the governor, who they said was unable to protect them from the violence, according to witnesses.

From July to early October, at least 149 people were killed, hundreds injured and 65,000 displaced in Blue Nile State, according to the UN.

At the start of the violence, Hausa people mobilized across Sudan, attacking public buildings to make their voices heard and claiming they were being discriminated against by ancestral tribal law.

This custom prohibits the Hausa, who were the last to arrive in the Blue Nile, from owning land, which they dispute.

The issue of access to land is very sensitive in Sudan, one of the poorest countries in the world, where agriculture and livestock account for 43% of jobs and 30% of GDP.

In a country where a large number of weapons are in circulation due to repeated wars and local insurrections, it often creates deadly tensions.

Since the October 25, 2021 coup in Khartoum led by army chief General Abdel Fattah al-Burhane, inter-tribal violence has increased due to the security vacuum created by the coup, experts say.

Sudanese who have been demonstrating weekly for nearly a year against the coup are now calling for "unity" and an "end to tribalism" in their marches.

Last week, 19 people were killed and 34 injured in tribal clashes in West Kordofan, another southern state, according to the UN.

The dispute was over land between the Arab Misseriya tribe and members of the African Nuba ethnic group, the international organization said.

After the summer's outbreak of violence in the Blue Nile, tribal dignitaries and military authorities undertook to settle the tribal disputes.

However, they failed to do so.

Between January and August, tribal conflicts had already left more than 370 people dead and 177,000 displaced, according to the UN. 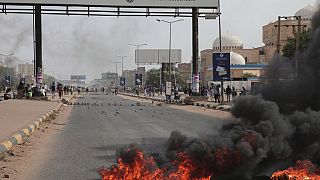