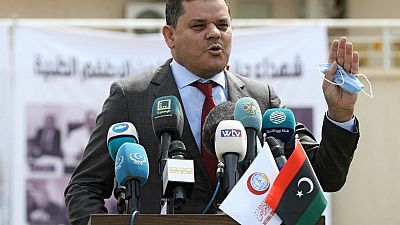 Head of Libya's Tripoli-based government, Abdelhamid Dbeibah, has defended a hydrocarbon exploration deal in Libyan waters signed with Turkey that has been criticized by his political rivals and regional countries.

"The Turkish-Libyan memorandum is based on bilateral agreements concluded before 2011. (...) It is our right to sign any agreement (...) of cooperation with other countries," Dbeibah said Wednesday evening in Tripoli, during a meeting with women's organizations.

Faced with the "growing demand" for gas in the context of the war in Ukraine, "we intend to pursue oil exploration in our territorial waters with the help of neighboring countries," he added.

The memorandum, signed Monday during the visit to Tripoli of a high-level Turkish delegation, came three years after the two sides signed a controversial maritime delimitation agreement in 2019.

On the strength of this agreement, Turkey has asserted rights over large areas in the eastern Mediterranean, much to the chagrin of Greece and the EU.

"We don't care about the positions of the states that oppose it. What matters to us is to answer the questions of the Libyans and dispel their doubts," said Mr. Dbeibah.

Cyprus, Egypt, and Greece believe that the 2019 Turkish-Libyan maritime delimitation agreement violates their economic rights in this area where the discovery in recent years of vast gas deposits has whetted the appetite of countries in the region.

Since March, two governments supported by two rival camps in the west and east of the country have been battling for power in Libya, which descended into chaos after the uprising that brought down Muammar Gaddafi's regime in 2011.