Thousands of Oromo people, Ethiopia's largest ethnic group, came together in the capital on Saturday to mark the thanksgiving festival of Irreechaa; marking the end of the rainy season.

As well as traditional celebrations, including dipping flowers in water, the participants appealed for peace.

Violence has increased in the Oromia region due to long-standing complaints about a lack of political representation in Ethiopia's federal government.

College student, Hanan Dawud, said: "Justice should be served for those whose blood is spilt on the street and burned with their house.

"Our people should not suffer like this. Our farmers couldn't send their children to school and farm their fields. We have to work together to solve this."

University student, Latera Reta, added: "Currently, there is vast repression on the Oromo people. However, the Oromo people are not surrendering to it. We are overcoming oppression and securing freedom."

Prime Minister, Abiy Ahmed said Irreechaa was a festival celebrated by all nations, nationalities and peoples of Ethiopia.

The Premier further urged Ethiopians to praise God for enabling them to overcome both manmade and natural challenges posed by enemies of the nation and welcome the brighter spring season.

He said the celebration promoted peace and love. 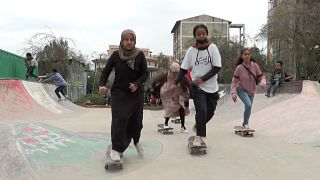