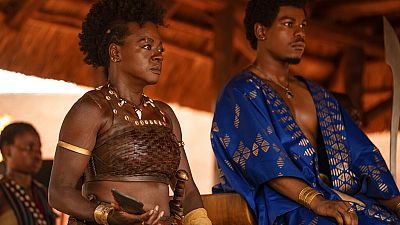 The Sony film, which depicts the real-life warriors of the 19th-century kingdom of Dahomey - located in present-day Benin - grossed $19 million, according to preliminary figures from Exhibitor Relations released Sunday.

In an interview with AFP on Wednesday, the actress explained that she spent six years trying to convince reluctant studios and producers to invest in the project.

The feature film largely stole the show from "Barbarian," a low-budget horror film that topped the box office last week and landed in second place this week with $6.3 million from Friday to Sunday.

In third place was the strange and bloody "Pearl." Ti West's film, which is about a farm stay, cinematic ambitions, axes, pitchforks, and alligators... collected just over $3.1 million for its release.

Next came "Coup de théâtre," a Searchlight comedy set in 1950s London, where the adaptation of a play is interrupted by a series of murders, which a slightly tipsy detective and his overly passionate assistant attempt to solve. The film also took in some $3.1 million in revenue.

In fifth place was "Bullet Train", an action film starring Brad Pitt from Sony, with $2.5 million. 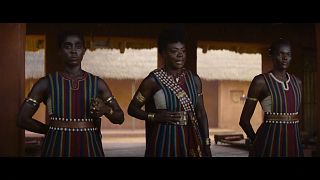