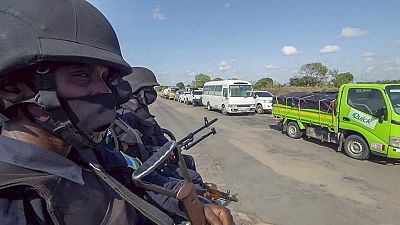 The head of European diplomacy Josep Borrell reaffirmed Thursday the EU's support for Mozambique by announcing new military aid to help the country face "terrorism" after several bloody attacks attributed to jihadists in the north.

Arriving from South Africa for a two-day visit to Mozambique, Borrell met in the capital Maputo with President Filipe Nyusi and his Foreign Minister Veronica Macamo, where he held a press conference to "express the commitment and solidarity of the EU with Mozambique in its fight against terrorism.

He added that the EU had approved on Thursday an additional 15 million euros in military aid to support Mozambique in the unstable northern province of Cabo Delgado, regularly bloodied by attacks attributed to jihadists.

The funds will provide Maputo with equipment and vehicles, among other things, and are in addition to the 89 million euros already earmarked to support the Mozambican armed forces, the EU said in a statement.

Macamo described the Euro-Mozambican relationship as "excellent", and Nyusi welcomed the EU's support, which includes the creation of a military training base for Mozambican forces, which Borrell is scheduled to visit on Friday.

Borrell's visit comes a day after an Italian nun was killed in an attack on the headquarters of her congregation in the northeastern province of Nampula, claimed by the Islamic State group.

The attack is "a dark reminder that the fight against terrorism is not over, and that unfortunately, it extends outside the Cabo Delgado region," Borrell said.

On Wednesday, President Nyusi said six people had been beheaded, three kidnapped and dozens of homes burned in attacks in Nampula and other towns since August 27.

The region had previously been spared jihadist attacks, which mostly targeted the neighboring natural gas-rich province of Cabo Delgado.

Since 2017 and the intensification of the jihadist rebellion, violence has killed nearly 4,000 people in the country, according to the NGO Acled, which collects data in conflict zones, and caused 820,000 people to flee.

Since July 2021, more than 3,100 African troops have intervened in support of the ailing Mozambican army, and have helped regain control of large areas.

This has led the jihadists to break up into smaller groups and carry out attacks further south to stretch the security forces, according to experts in the region. 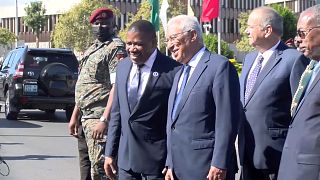 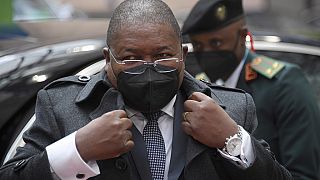