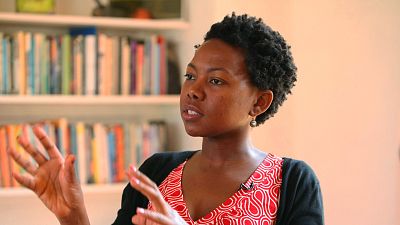 Zimbabwean novelist NoViolet Bulawayo is one of six finalists for the Booker Prize, the renowed British literary award. If she wins on October 17, her animal fable "Glory" could become the second African writing awarded in a row. Indeed, last year, "The Promise" by South African Damon Galgut.

The 40-year-old is used to prize selection. In 2013, her debut novel "We Need New Names" already made it to the shortlist of the Booker's prize. The leading literary award jury closely read what it called "a bittersweet portrayal of life in a ramshackle Zimbabwean shantytown called Paradise".

Almost a decade later, the setting of her book "Glory" bears resemble to the history of Zimbabwe. NoViolet Bulawayo who was born Elizabeth Zandile Tshele grew up in Bulawayo, a city located over 300 km south-west of Harare. When she was eighteen, she moved to Michigan (USA). "Glory" takes place in a fictional country of animals that was once colonized. After a war of independance, a new leader brings hope. However, the new leader becomes not so new anymore, clinging to power. The fable follows the life of a nation that is seemingly trapped in a nerver ending cycle. Yet, in fiction or reality, surreal turns to a history are often unavoidable.

The favorites for the 2022 edition remain American authors Elizabeth Strout with "Oh William" and Percival Everett, with his poignant novel about racism and police violence, "The Trees".

Other books on the list are "Small Things Like These" by Ireland's Claire Keegan and "The Seven Moons of Maali Almeida" by Sri Lankan Shehan Karunatilaka.

Former British Museum director Neil MacGregor, who chairs the jury, said many books were inspired by real events.  "Set in different places at different times, they all deal with events that, to some extent, happen everywhere and affect us all," he said of the shortlist.

Founded in 1969, the Booker Prize is said to transform the careers of writers. It was initially opened to British, Irish and Commonwealth writers only. Eligibility was extended in 2014 to all English-language novels published in the UK.

The six authors shortlisted this year come from four continents and are of five nationalities. The winner will be announced on October 17 during a ceremony held in London. 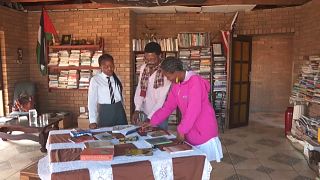 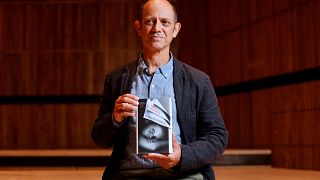 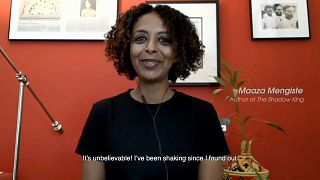