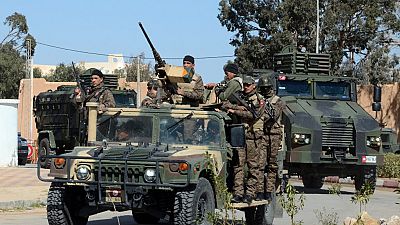 The Tunisian army has killed three jihadists from a group affiliated with the Islamic State organization (EI) during an operation in the central-western part of the country.

The three jihadists, members of the group "Soldiers of the Caliphate", were killed in the morning during an army operation in the area of Mount Salloum, near Kasserine, a town close to the border with Algeria, according to a statement from the Ministry of Defense on Friday.

On August 12, two Tunisian soldiers were slightly wounded in a gun battle with suspected jihadists in the same area, authorities said.

After Tunisia's 2011 popular revolt, the country saw a surge in jihadist groups that carried out several attacks that killed dozens of tourists and security forces.

Authorities claim to have made significant progress in recent years in the fight against jihadists.

The last major attack by jihadists against security forces was in 2016 in the southeastern city of Ben Guerdane, in which 13 security forces and seven civilians died, along with 55 jihadists.