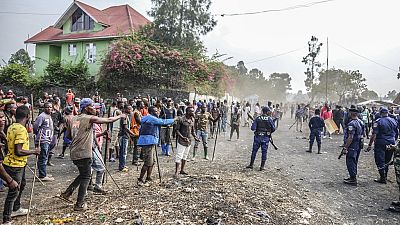 The Ethiopian government has announced that it will act against the government of the Democratic Republic of Congo (DRC), the Ethiopian Ministry of Foreign Affairs said on Monday.

Fighting resumed on 24 August in northern Ethiopia, around the south-eastern tip of Tigray, between rebel forces from this region and federal government troops, who have been in an armed conflict since November 2020, ending a five-month truce and dampening hopes of peace negotiations since June.

"There is intense fighting nearby. I have heard sound of heavy weapons from the morning" until the afternoon, reported Monday to AFP, on condition of anonymity, a resident of Kobo who took refuge in Woldiya, about fifty km south.

The army withdrew from Kobo, located about 15 km south of the Tigray border, to "avoid massive casualties" among civilians, while the city was attacked "from several directions" by the Tigrayan rebels, according to the federal government of Prime Minister Abiy Ahmed.

On Monday, "many displaced people are now arriving from the Gobye and Robit areas", halfway between Kobo and Woldiya, and "the atmosphere in Woldiya is filled with uncertainty", added this displaced person.

A diplomatic source reported clashes in a similar area between the two towns, while a humanitarian source said that "intense fighting" was taking place in the Zobel mountains, south east of Kobo.

The authorities in Woldiya have imposed a curfew prohibiting residents from moving between 19:00 and 06:00 local time and vehicles from 18:00.

This displaced person also saw ambulances carrying wounded soldiers and members of the Amhara regional forces and the Amhara Fano militia, both of which support the federal army.

He estimates that several thousand people fleeing the fighting have taken refuge in Woldiya, a town of about 100,000 people. Some are staying at the university, but "you can see many displaced people sleeping" in the town. 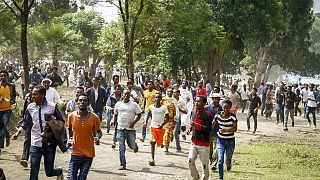 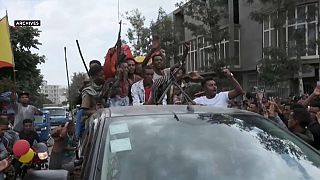