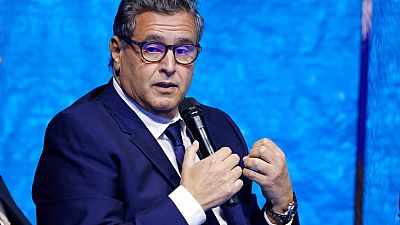 Thousands of Moroccan internet users are calling for the departure of Prime Minister Aziz Akhannouch, a businessman who made his fortune in fuel distribution. They have accused him of benefiting from soaring prices at the pump.

Launched in recent weeks, the hashtag calling for the 61-year-old head of government to resign has already been shared by nearly 600,000 accounts on Facebook.

The call is accompanied by a demand to halve the price of petrol (about 16 dirhams, 1.5 euros) and diesel (more than 14 dirhams), while the monthly minimum wage is about 270 euros.

This virtual campaign did not result in demonstrations but triggered a political and media controversy, fuelled by opposition unions and parliamentarians.

"The oil companies continue to plunder Moroccans in the silence and impotence of the government," the Democratic Confederation of Labour (CDT) said this week, accusing them of "accumulating immoral profits".

Morocco is experiencing slow growth (+1.5%) and exceptionally high inflation, which should exceed 5.3% in 2022, according to official forecasts.

The government justifies the high cost of living in an international context marked by the Covid-19 pandemic and the war in Ukraine, as well as an unprecedented drought affecting agriculture, a key sector of the country.

However, Internet users are very upset with Mr Akhannouch, who is accused of "profiting" from the situation, being the main shareholder of Afriquia, the leader of the Moroccan hydrocarbon market -which is heavily dependent on imports- with the giants Total and Shell.

His personal fortune is estimated by Forbes to be worth $2 billion, making him one of the richest men in Morocco.

"For the initiators of this campaign, Aziz Akhannouch embodies the alliance of money and power. According to them, he does not bring solutions, he is part of the problem," explains political scientist Mohamed Chakir to AFP.

The question of a conflict of interest between the executive and the business community is "crucial and deserves to be asked", agrees the political scientist Ahmed Bouz, noting "a big problem of communication for Akhannouch and his government".

The Prime Minister, the overwhelming winner of the 2021 legislative elections, has remained silent in the face of the criticism he is used to. His company Afriquia has already been targeted with other important industrialists by a boycott campaign to denounce the cost of living in 2018 when he was Minister of Agriculture.

All oil companies operating in Morocco have also remained silent. 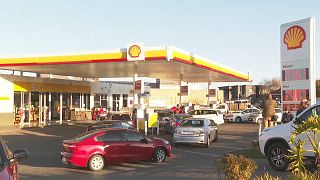 Global energy crisis felt at the pump in South Africa

Global energy crisis felt at the pump in South Africa