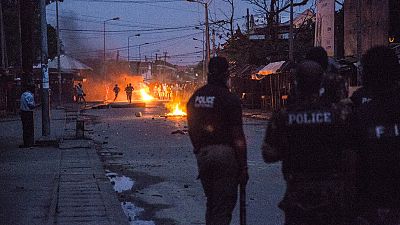 The first arrests have been made following the massacre of 32 people in a Madagascar village by cattle rustlers last week.

The bandits burned 32 people alive, including women and 15 children, on Friday when they set fire to homes in the village of Ambolotarakely, about 75 kilometres north of the capital Antananarivo.

A source in the local gendarmerie said five people suspected of involvement in the killing were arrested on Monday but the hunt continues, with military helicopters and ground troops deployed to find those responsible.

"It is an act of unacceptable violence, and it must be punished very severely," said Defence Minister General Richard Rakotonirina. "We are actively looking for the perpetrators. Police blamed the massacre on cattle rustlers, known as dahalos, although the motives are not yet clear.

According to the president of the Independent National Commission on Human Rights (CNIDH), Seth Andriamarohasina, security forces were patrolling the village, which is on a small hill about a 10-hour walk from the nearest police station. "It is a ghost village now, all the inhabitants have left for fear of the dahalos," he said.

Several sources speculated that a land dispute may have triggered the violence. "It's a premeditated act, according to the preliminary investigation," a source in the defence ministry told AFP. 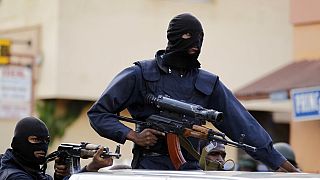