Security forces had erected roadblocks on bridges crossing the Nile river linking Khartoum to its suburbs, AFP reporters said, to deter protesters who had vowed to take to the streets in large numbers.

They accuse the military leadership and the ex-rebel leaders who signed a 2020 peace deal of exacerbating ethnic tensions there for personal gain.

Sudan's latest coup derailed a transition to civilian rule, sparking near-weekly protests and a crackdown by security forces that have left at least 114 killed, according to pro-democracy medics.

Nine were killed on June 30, the medics said when tens of thousands had gathered and their deaths reinvigorated the movement. 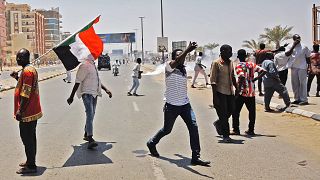