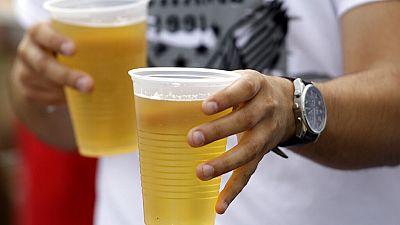 Following the deaths of 21 minors at the Enyobeni tavern on Sunday, 26 June, the family of South Africa's late leader Nelson Mandela has called for all community taverns to close and alcohol to be banned.

Alcohol is "a source of great concern for parents who are justifiably worried about the scourge of sexual offences against women including infants, toddlers, young girls and even abogogo [elders]," said Inkosi Zwelivelile Mandla Mandela, who is Nelson Mandela's grandson and who spoke on behalf of the Royal House of Mandela on Tuesday in an interview with Timeslive.

The Enyobeni tavern at Scenery Park closed its doors following the deaths. However, Mandela believes that Sunday’s horrific incident was not an isolated case.

During the interview, he called on community leaders, organisations and other movements to support the ban. Mandela said it's time to stop those who kill children and profit from the lives of the innocent.

Residents in the area believe that the tavern in the community is problematic. According to EWN, the tavern owner’s wife, Vuyokazi Ndevu, said it's worrying and painful that children died at the venue.