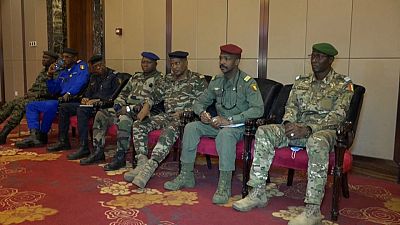 Guinea's military junta announced that it has received "proposals" for a political transition in the country.

The proposals range from 18 to 52 months.

"On the question of openness, someone said to me, I think we are talking about openness when there is closedness. Since the decree of creation of this framework was issued, we have written several times to all coalitions of political parties in the country, we believe that to date it is those in the room who have agreed to respond. But we cannot force actors who feel that they should not come to the meeting", said Mory Condé, Minister of Territorial Administration and Decentralization.

The 25th of april marked the deadline provided by ECOWAS for Guinea to put forward a plan of transition to civilian rule.

General coordinator of COPAM and president of a political party, Elhadj Bouna Keïta, added "I say that if everyone has given its program, it is at this time the government has only to try to see finally to draw this conclusion provided that the Guinean will know we are going to, what are the deadlines that we political classes and the government have agreed to".

Guinea, along with Burkina Faso and Mali, were suspended from ECOWAS following military coups and hit by a raft of economic sanctions.