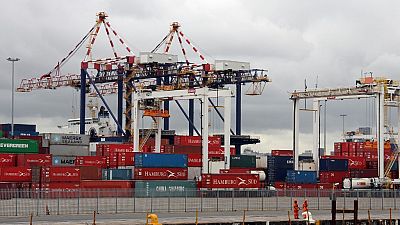 Shipping activities at South Africa’s busiest port (Port of Durban) have been suspended following severe flooding in the KwaZulu-Natal province that has so far claimed at least 60 lives.

The suspension took effect from 1930 local time on Monday due to heavy rains that have damaged the roads leading into the port, a key hub for shipping containers and metals such as copper.

In a statement on Tuesday, South Africa's state-owned logistics firm Transnet requested customers to "hold back" on bringing their trucks into the port, to avoid congestion.

Transnet also added its Richards Bay ports, as well as rail lines in some parts of the KwaZulu-Natal province, are operating at "limited capacity" as a result of flooding.

"Transnet Freight Rail's engineering teams will assess the extent of the damage before full operations can resume," the company said.

According to reports Communications have also been disrupted. Two major telecoms companies have reported more than 900 of their mobile phone towers were down.

President Cyril Ramaphosa has cut short a trip to Mozambique to visit affected areas to assess the damage.

South African President Cyril Ramaphosa is visiting the coastal province of KwaZulu-Natal where key roads are shut and mudslides have destroyed many homes following prolonged rains.

President @CyrilRamaphosa interacting with affected communities and assessing the damage caused by the heavy rains of the past few days which have claimed lives, and caused significant damage to infrastructure. #KZNFloods pic.twitter.com/5ypIAvEaTH

Whiles, the government tries to salvage the situation; there are reports of looting of shipping containers, which had washed up to a major highway following the heavy rains, a situation which has been condemned by the Provincial Executive Council.

The port of Durban is said to be the largest shipping terminal in Africa. Its strategic location along international shipping routes has made the port more relevant becoming South Africa's main cargo and container port. 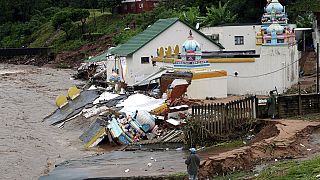