The former South African president Jacob Zuma has failed to turn up for the resumption of a corruption trial, due to ill health according to his legal team.

Zuma, who turns 80 on Tuesday, has pleaded not guilty to charges of corruption, money laundering and racketeering relating to a $2bn (€1.8bn) arms deal with French company, Thales.

He says the charges, which date back to the 1990s, are a witch-hunt by political rivals.

"What we are waiting for now is the final word from the surgeon, but the last discussion of this morning was that he is not in a condition to be here," said Jacob Zuma Foundation spokesman, Mzanele Manyi.

"That is the only issue. Otherwise, we are working on the basis of him being here but things have happened beyond our control."

"But we are trying to get on top of the situation," reiterated Manyi.

The highly anticipated trial started in May 2021 after repeated postponements as Zuma's legal team battled to have the charges dropped.

The trial was set to resume on Monday with witness testimony after Zuma failed in a fresh bid to derail proceedings.

In October, Zuma sought to have lead prosecutor Billy Downer dropped from the case, accusing him of bias. He contended Downer leaked confidential documents to the media.

But the Supreme Court of Appeal last month ruled against him, saying his petition had "no reasonable prospect of success."

On Sunday the former president said he was pursuing private prosecution proceedings to try to remove Downer.

The trial has been postponed until 17 May. 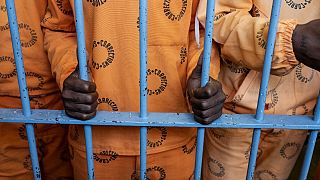